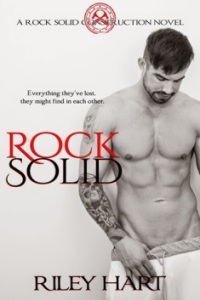 Trevor Dixon has made too many mistakes to count. Sober for thirteen months, he’s determined to do the right thing: rebuild his relationship with his family, and help his brother get Rock Solid Construction off the ground. Failing them again isn’t an option. Too bad the first estimate Trevor goes on alone is for an uptight doctor with a superiority complex.
A hand injury took away the only important thing in Dr. Simon Malone’s life—performing heart surgery. He doesn’t do well with people and has no family, but being a damn good surgeon? He always had that. Now, he doesn’t know who he is. The last thing he wants to deal with is the young construction worker who blows his shot at remodeling Simon’s home.
Trevor and Simon form an unlikely friendship. The more time they spend together, the more Trevor starts wondering if maybe Simon’s not as straight—or uptight—as he thought…and maybe Trevor’s new attraction for Simon runs both ways.
There are too many reasons they shouldn’t be together: they have little in common, their age difference, Trevor needing to focus on his sobriety…yet there’s something about each other that they just can’t shake. They don’t feel so lost when they’re together. But with their footing so unsteady, forming a relationship that’s rock solid seems impossible. There’s blow after blow, and the last one just might be powerful enough to crack their foundation for good. 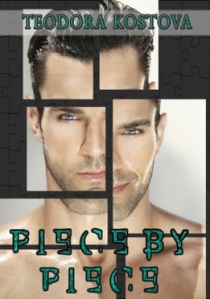 Sometimes to reach the surface you have to fall to the bottom first…
For the past ten years, Riley Davis’s life has been overshadowed by the tragic death of his partner. Fluctuating between alcohol induced daze, clinical depression and throwing all his time and effort into his business, Riley doesn’t believe, or even hope, that his life will ever be worth living again.
Until Sonnie Frye drops by his haberdashery shop, changing his life forever.
Sonnie is a man who likes getting what he wants, when he wants it. He’s worked hard to establish himself as Queen Victoria theatre’s chief costume designer, collecting multiple awards – and high-profile clients – along the way. Sonnie is used to putting his needs, goals and desires first, unwilling to compromise his own happiness for anybody else.
Until he meets a handsome shop owner whose eyes are so sad that they immediately tug at Sonnie’s heartstrings.
Seeing something he wants, Sonnie is determined to get under Riley’s skin and, preferably, into his bed. But he soon discovers the task is not that easy. For the first time in his life, Sonnie may need to put someone else’s needs before his own, and re-evaluate what really matters in life.
Will the two men stand side by side to overcome their differences, and everything else life throws at them? Or will it all become too much to bear, shaking them to their very core, destroying everything they’ve worked so hard to achieve? 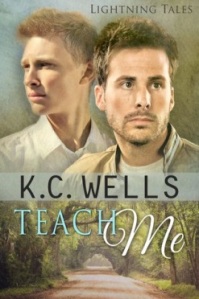 Nick Tremantle has had a rough ten months. His professional life took a nosedive, and then his mom’s health took a turn for the worse. In a short space of time, everything changed. So when he spies the young man hitchhiking, Nick pulls over – he needs all the Karma he can lay his hands on. But when the identity of the young man is revealed, it sets in motion a chain of events that unfold quickly, changing Nick’s life completely.
Alex Nordmann’s life has definitely not gone the way he’d planned. Gone are his dreams of an education and living his life ‘his’ way. He’d thought the worst was over, until the morning he decided to come out to his parents. It just goes to show, people will surprise you every time. For instance, who could have foreseen that the man who gives him a ride – and an unexpected lifeline – would have been Alex’s first crush all those years ago?
Alex has no idea what’s coming at him…. 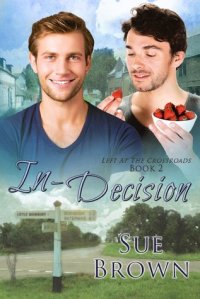 Little Mowbury is a sleepy English village deep in the Cotswolds. The kind of village where you’re only a local if your lineage can be traced back to the dinosaurs. Where you can find everything in the single village shop from morning newspapers to dry-cleaning, and getting your shoes mended. And, of course, where everybody knows everybody else’s business. It’s easy to find… you can’t miss it… just ask anyone and they’ll tell you… “It’s left at the crossroads.”
Eighteen months ago Jason Havers lost the love of his life and it’s time to move on. Applying for the position of chef in a sleepy country pub, a million miles away from his previous life, may well be the fresh start he needs. His new employers immediately take him under their wing and before long he finds himself with a passel of new friends and a job he loves. What he doesn’t expect is Tom, a gorgeous midwife, who stirs up feelings he’s not ready to deal with.
But when someone from his previous life turns up in Little Mowbury, will Jason be able to keep them from revealing the secret he’s been keeping from those he’s come to love? 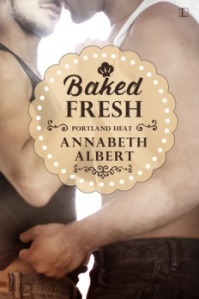 From its famous coffee to the mouthwatering fare at its cafés, restaurants, and bakeries, Portland, Oregon, has a lot to whet the appetite, including the hard-working men who serve it all up—hot, fresh, and ready to go—with no reservations…
Vic Degrassi is a baker on the rise, and it’s all thanks to his rare ability to make—and keep—his New Year’s resolutions. Whether it’s losing weight, giving up smoking, or graduating from culinary school, Vic goes after what he wants—and gets it. This year? He wants Robin Dawson, the sweet-hearted hottie who volunteers with him at the local homeless shelter.
When he learns that Robin is suddenly single after being unceremoniously dumped, Vic is more than happy to offer a shoulder to cry on—or at least a fresh-baked pastry to bite into. But it’s been a long time since Vic’s gone on a date, and he’s nervous about risking his friendship with Robin. So when their flirtation turns into a steamy night together, Vic and Robin have to figure out if they’re friends with benefits or lovers in the making, and if Robin is ready for something more than just a rebound. There’s only one way to find out: turn up the heat… 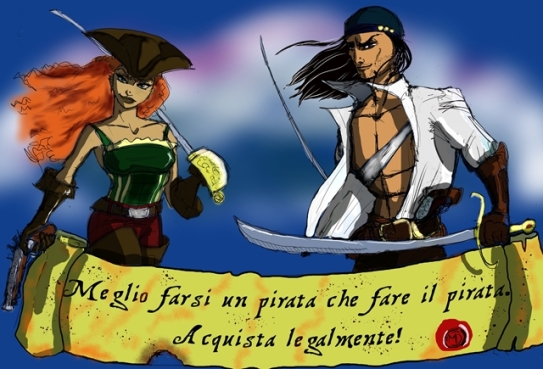